CBD has received an enormous amount of attention lately. In fact, it seems not a day goes by without some mention of CBD on social media, the news, or elsewhere.

But what exactly has fueled this interest in CBD? In this article, we explore some of the main reasons CBD has become increasingly popular in recent years.

The Story Of Charlotte’s Web

Undoubtedly, one of the most influential catalysts leading to CBD’s rise in popularity was the release of a 2013 news report on “Charlotte’s Web.”

Charlotte’s Web is a potent CBD extract manufactured by the Stanley Brothers from Colorado, USA. It is named after Charlotte Figi, a young girl from Boulder, Colorado, who uses the oil for severe epileptic seizures.

Charlotte’s story first made headlines in 2013, after CNN published an in-depth report exploring the ameliorative potential of CBD, especially for seizures and tremors caused by severe forms of epilepsy like Dravet Syndrome.

This report shined a global spotlight not only on Charlotte and other children like her, but also on CBD specifically. Since its broadcast in 2013, countless other reports have further explored CBD, it’s chemical makeup, effects on the body, and therapeutic potential.

Another major factor influencing the rise of CBD is an increase in scientific research of cannabis and hemp plants.

While humans have used cannabis for thousands of years, it is only in the last few years that we’ve really begun understanding the plant, its many compounds, and the effects they can have on the human body.

For example, THC (the main psychoactive ingredient in cannabis) was only isolated from the plant in 1964 (just over 50 years ago); human cannabinoid receptors and endogenous cannabinoids (like anandamide and 2-AG) were only discovered in the late 1980s and early 1990s.

Legality is a big topic in the cannabis industry. “Legalize cannabis” campaigns have gained a lot of momentum across the world, which is another major reason CBD and other cannabinoids have become more widespread.

This is mainly because CBD, unlike THC, is less restricted in many countries. This is largely due to the fact that CBD is a non-psychoactive cannabinoid, meaning it doesn’t interfere with normal physical or psychological functioning.

In the US, for example, CBD products with less than 1% THC are completely legal and can be purchased online and shipped virtually all around the country.

The same is true in many European countries. In Switzerland, for example, products like hemp cigarettes containing 4mg of CBD can be purchased like regular cigarettes and tobacco products at supermarkets and kiosks.

The fact that CBD is less restricted than THC and other cannabinoids makes it much more appealing for consumers looking to use cannabis and hemp products. It also makes it much easier to ship and market these products, making them more accessible.

Another contributing factor to CBD’s boom is increased market size.

The cannabis industry, in general, is already experiencing massive growth. In the US, for example, it is estimated to be worth over USD $20 billion by 2020. But the demand for CBD products is especially high. The market for CBD-rich hemp and hemp-derived products is already valued at roughly USD $130 million according to a 2016 market estimate by Vote Hemp and the Hemp Business Journal.

The United States is seeing a big increase in CBD companies, offering everything from food supplements (like hemp seed), to products like CBD-rich tinctures, to cosmetics, body creams, lotions, and more.

In Europe, the demand for CBD is pegged at roughly €2 billion, according to research by nova-Institute and HempConsult, two German companies who researched the European market potential for non-psychoactive CBD products.

This growing market size directly stimulates the popularity of CBD. With more companies and products on the market, customers are being presented with more information about CBD and its many potential uses.

All of the factors we’ve discussed in this article so far (increased research, improved accessibility, and bigger market size) are significant on their own. However, together they work to generally increase awareness of CBD on a global scale.

The research into CBD, for example, is fueling countless media reports on new scientific studies exploring every aspect of this unique chemical.

Meanwhile, the fact that CBD is accessible and legal makes it easier for consumers to experiment with CBD products and try them out for themselves. The growing market potential also means that companies and other interested groups are putting together more information about CBD and making it regularly available.

And in today’s day and age, it’s easier than ever before to disseminate that information and reach a global audience. Through increased media attention and the rise of social media, people are coming into contact with CBD-related information on a daily basis, regardless of where they live.

Last, but not least, one of the main reasons CBD has become so popular is because of its versatility.

For some, it’s an important nutritional supplement; for others, a new addition to their health and beauty routine.

To find out more about CBD and how it can help you improve different aspects of your life, check out our website and place your order today.

Which Characteristics Should Every CBD Oil Have? 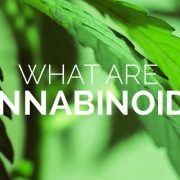 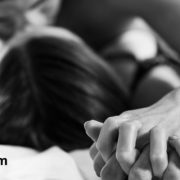 CBD And SEX, A Connection? 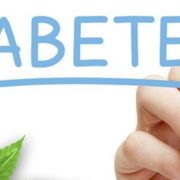 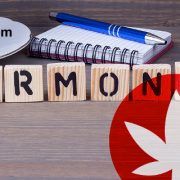 The Benefits of CBD

Which Characteristics Should Every CBD Oil Have?
Scroll to top

CBDedication.com uses cookies to monitor and collect internet behavior within our website and make your visit more personal to insure the best shopping experience. By continuing to use this website you are agreeing to our use of cookies. You can always withdraw your consent.

We may request cookies to be set on your device. We use cookies to let us know when you visit our websites, how you interact with us, to enrich your user experience, and to customize your relationship with our website.

Click on the different category headings to find out more. You can also change some of your preferences. Note that blocking some types of cookies may impact your experience on our websites and the services we are able to offer.

These cookies are strictly necessary to provide you with services available through our website and to use some of its features.

Because these cookies are strictly necessary to deliver the website, you cannot refuse them without impacting how our site functions. You can block or delete them by changing your browser settings and force blocking all cookies on this website.

These cookies collect information that is used either in aggregate form to help us understand how our website is being used or how effective our marketing campaigns are, or to help us customize our website and application for you in order to enhance your experience.

If you do not want that we track your visist to our site you can disable tracking in your browser here:

We also use different external services like Google Webfonts, Google Maps and external Video providers. Since these providers may collect personal data like your IP address we allow you to block them here. Please be aware that this might heavily reduce the functionality and appearance of our site. Changes will take effect once you reload the page.